When hearing the word “Biduan” or “Biduanita” what will likely come to mind are female dangdut singers, who are generally stereotyped as tacky singers. But are they really tacky singers?

These are women wearing skimpy clothing that sing and dance on stage, which is then followed by audience dancing (where the majority are men). Whereas, this is not typical of a biduanita. Supposedly, a biduanita is a dangdut singer who possesses a typical characteristic of a different vocal technique with other music genres.

Loving and preserving dangdut music without damaging the image of the singers, is what Santi Monica has been doing.  She is a dangdut singer who usually performs in entertainment shows and weddings, with a considerable income from stage to stage. Santi earns extra cash from audiences, where the amount given voluntarily is not small.  With banknotes of 5.000 rupiah to  100.000 rupiah in huge amounts can be earned from each singing performance on stage by a biduanita. The audiences who volunteer cash are not only men, but women also join giving cash to biduanita on stage.

The stereotype of a biduanita, is a cheap singer with a seductive appearance and hip movements deliberately and lustfully enticing men. Not all biduanita act as such. There are many dangdut singers who sing solely to entertain and earn a living, without damaging the image of dangdut singers.

Through her performances, Santi feels that in remote areas or outside Jakarta, the audiences enthusiasm is remarkable. It is different from Jakarta where society likes K-pop, and other music genres. Throughout her working career, Santi has often been mocked by people who say that dangdut is plebeian and tacky music. Apart from the stereotypes and mockery by people, Santi doesn’t wish to quit being a dangdut singer because her passion is to perform dangdut music.

Check out the full video of ‘Biduanita’ (The Dangdut Singer) that will melt your heart! 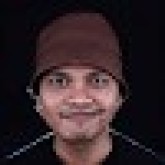